The Effects of Landfills on the Environment 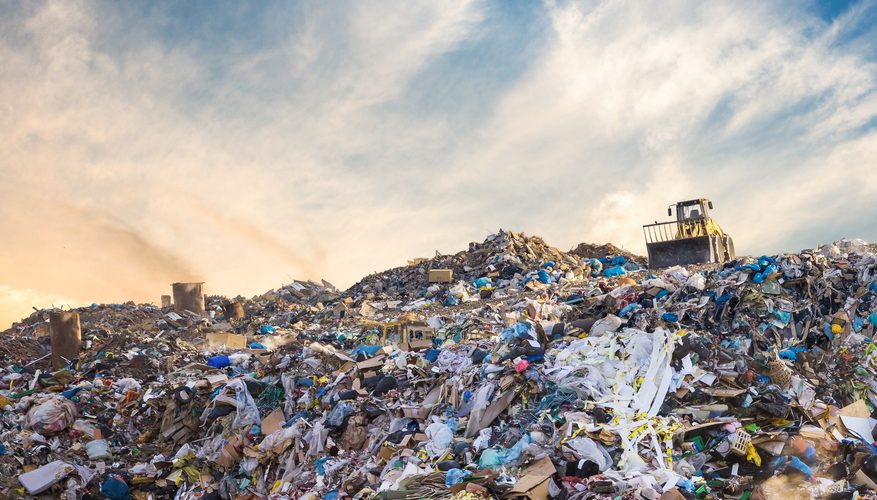 In the decades before government regulations were put in place for landfills, anything and everything could be buried beneath the ground at an old dump site, some of which may still be releasing toxic chemicals or other hazardous materials into the Earth. As buried organic materials decompose, they release methane, a potent greenhouse gas that contributes to global warming.

About two-thirds of landfill waste contains biodegradable organic matter from households, business and industry. As this material decomposes, it releases methane gas. As a potent greenhouse gas, methane traps up to 20 times more heat in the atmosphere compared with carbon dioxide the EPA states. In the U.K., much of that methane from landfill sites produce electricity, with carbon dioxide as a by-product, which has a weaker global warming effect. Oftentimes the air surrounding landfill sites smells unpleasant, due to the decaying organic waste.

According to the Romanian Ministry of Environment and Forests, the development of a landfill site means the loss of approximately 30 to 300 species per hectare. Changes also occur in local species, with some mammals and birds being replaced by species that feed on refuse, such as rats and crows. Vegetation changes also occur, regardless of the duration of the landfill site, as some plant species are replaced by others.

As rain falls on landfill sites, organic and inorganic constituents dissolve, forming highly toxic chemicals leaching into groundwater. Water that rinses through these chemicals collects at the base of the landfill and usually contains high levels of toxic metals, ammonia, toxic organic compounds and pathogens. This can result in serious contamination of the local groundwater. Even more dangers, this mixture usually creates a high biological oxygen demand, meaning it can quickly de-oxygenate water. If or when these noxious chemicals reach rivers or lakes, it could result in the death of aquatic life.

The mixture of toxic substances and decaying organic material can impact the soil quality of the areas surrounding a landfill site. This can compound the effects on biodiversity as local vegetation may cease to grow and be permanently altered.

Landfill sites are often very unpopular with residents, often called “Not in My Back Yard” or NIMBYs. Landfill sites impact the natural landscape: they stink, they are trashy looking and a become a bacteria breeding ground. The smell, traffic, noise and vermin that accompany landfills can lower house prices. Because of the increase in vermin surrounding landfills, disease becomes an issue with other adverse health effects, such as birth defects, cancer and respiratory illnesses also being linked with exposure to landfill sites.